A Culture of Crying 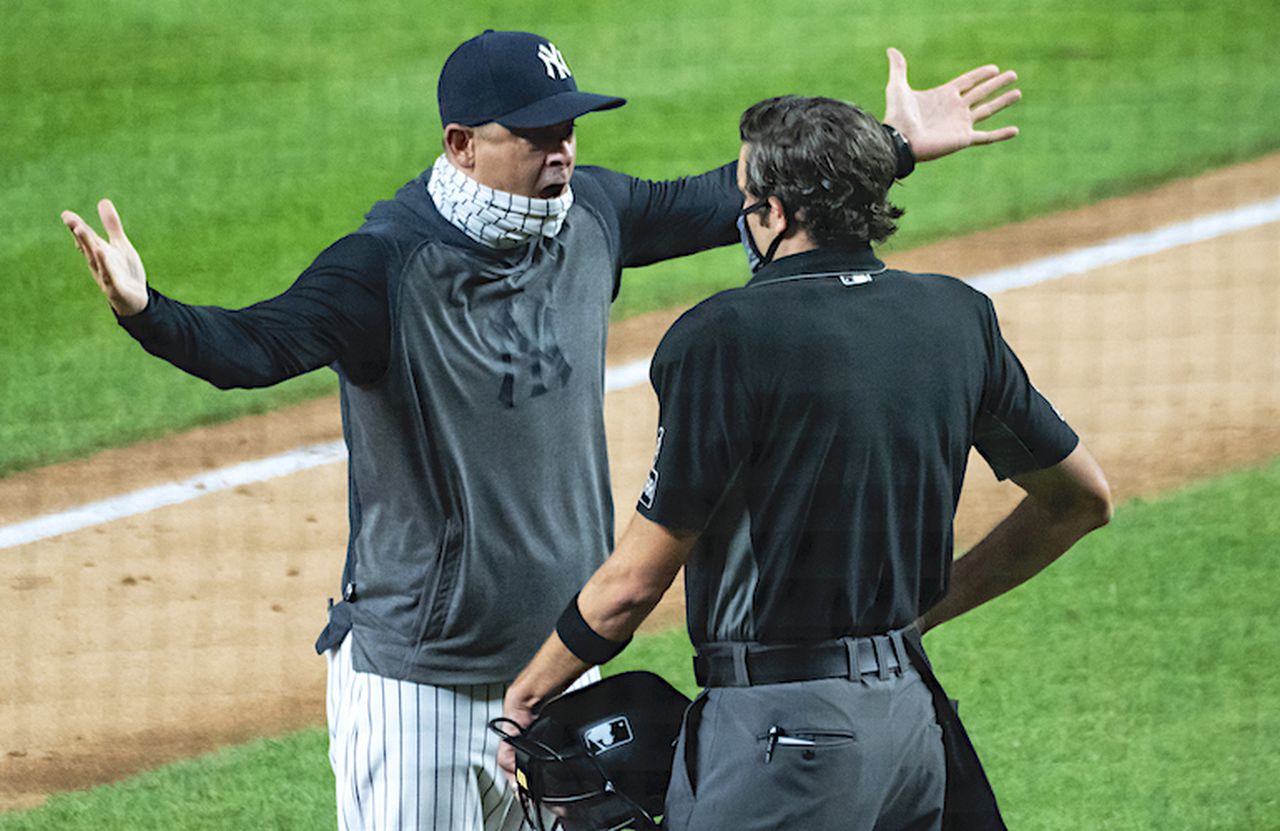 Just when I feel the urge to actually credit the Yankees for something, John reminds me that Yankee fans have rendered it impossible for actual humans to give genuine praise for anything that team does.  I’m sure some of you Yankee fans out there are good, hardworking people. However, since the rest of you even allow people like John to exist within your fanbase, I have no choice but to despise each and every one of you.

And let’s be honest, you’re all to blame for the very foundation of his argument that the Red Sox were cowards for not attacking the strike zone while Aaron Judge batted Thursday night.

Because every Yankee fan I’ve spoken to this year has pissed and moaned about strikes being called on shin-high pitches to Aaron Judge. Your mutant right fielder is freakishly tall, which makes his strike zone bigger than that of most other players. That’s not the fault of the umpires. I disagree with lots of calls from home plate umpires, but we all know that the strike zone varies not only according to the height of the hitter, but also according to the judgement of the umpire. 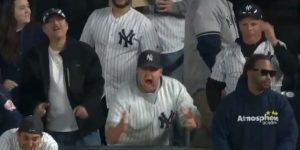 Some umpires call low strikes, some call high strikes. Some have a larger strike zone, some have a smaller strike zone. Most of the time, umpires that call strikes below the knees will call balls on any pitch above the belly button. Thus, it all typically evens out.

The strike zone I learned as a kid went from the hitter’s knees to his letters, but in MLB the unofficial strike zone range has always seemed to go from mid-shin to belly button. I heard Jerry Remy comment on this a number of times. I particularly remembered him saying that players are all fully ware of this, as it has been going on for decades. Yet when the 6’7″ Aaron Judge steps up, Yankee fans like to pretend that balls and strikes have always been called according to the letter of the law.

Have you Yankee fans ever considered that the very sight of this lanky doofus’ frame completely changes the umpire’s eyeline? Yes, it’s the umpire’s responsibility to account for the height of the player while calling balls and strikes. However, is it really so hard to believe that when one particular player’s knees are at the height of most players’ waists, an umpire may call a strike below the knees on him from time to time? You don’t think Judge is making up for it on the back end? I guarantee that plenty of pitchers have been robbed of legitimate high strike calls to Judge because those pitches would be letter high to most non-freakishly tall players.

Aaron Boone has made it his mission to ensure that strikes are never called on Aaron Judge. He doesn’t even bother to get engaged in the game unless Judge is rung up on a ball that’s half a millimeter below his knees. When that does happen, he transforms into some disingenuous hybrid version of Earl Weaver and Lou Piniella.

When you try to outlaw called strikes to Aaron Judge, you can’t then turn around and start crying about him being walked too much. You’ve been trying to program the world into thinking that Judge deserves to have zero strikes called against him. Now that he’s one home run shy of Roger Maris’ mark of 61, the Yankee special treatment campaign and Major League Baseball’s vested interest in seeing history made has resulted in Judge’s strike zone practically vanishing to nothing. So I find it hard to blame the Red Sox for walking Judge six times in four games this weekend. Any umpire that calls a strike on Aaron Judge now has to risk the possibility of suffering the Angel Hernandez treatment.

Additionally, the “Judge for MVP” campaign has brainwashed Yankee fans into thinking that the other 25 Yankees are essentially AAAA players. Once it became clear that a large contingent of fans believe Shohei Ohtani should be AL MVP, Yankee fans couldn’t settle for simply pointing out Judge’s bevy of MVP qualifications in a rational debate. For some reason, they now feel the need to act like Judge has not only played center field at a peak Griffey level, but that he’s also suffering cruel and unusual punishment by having to play with the garbage team that Brian Cashman assembled around him … a team that, despite its apparent uselessness outside of Judge, somehow managed to send six players to the 2022 All Star game. 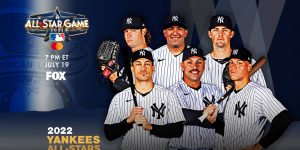 If Aaron Judge has truly been carrying the Yankees on his back with no help all season long, why is it a surprise if any team pitches around him? If he’s the only guy in the lineup that can hurt you, wouldn’t it be incredibly stupid to ever throw him a strike? Just throw him four balls and focus on retiring the other eight schmucks in the lineup.

Naturally, Aaron Judge leads the leagues in walks. Everybody is walking him. Calling out Michael Wacha, John Schreiber, and Alex Cora because for walking the league leader in walks, who umpires are basically no longer allowed to call strikes on, is the babbling nonsense of an insecure fool who is desperate to finally see the Yankees shine in a big moment against the Red Sox again.

John has personally watched the Red Sox eat the Yankees’ lunch for the past eighteen years. From blowing a 3-0 lead in the 2004 ALCS, to the disembowelment of Gerrit Cole in last year’s Wild Card game, John hasn’t seen the Yankees achieve anything significant against the Red Sox in nearly two decades. He was so desperate to see Aaron Judge hit homers number 61 and 62 against the Red Sox in Yankee Stadium that he deluded himself into thinking that Cora and the Red Sox owed Judge the courtesy of underhanded meatballs just so John could finally enjoy another Yankee highlight reel moment at Boston’s expense.

John and I are old enough to remember the days when there was an abundance of recent memories of the Yankees dominating the Red Sox. Luckily, those ancient memories are nothing but vestiges of a long-forgotten time.

And the funniest thing is, despite the three walks issued to Judge on Thursday night … despite all John’s crying … Judge still had a chance to tie Maris’ record in the most satisfying manner imaginable for any Yankee fan.

Aaron Judge came up in the bottom of the ninth inning of a 4-4 game on Thursday night against Matt Barnes, a man who serves up more meatballs than Olive Garden. Judge had the chance to tie a Yankee legend’s AL home run record in Yankee Stadium with a walk-off home run against their arch rivals. He got a pitch to crush (AKA a Matt Barnes fastball), squared it up, and socked it 405 feet. Had he hit the ball to right field, it likely would have cleared the roof of the stadium.

But this baseball, a baseball that every Yankee fan on planet Earth knew on impact had won the game and tied the record, settled harmlessly into the glove of Kike Hernandez. It was a flyout like a thousand other fly outs. Judge had the chance to create an iconic Yankee moment on par with homers hit by other mediocre pinstriped legends such as Bucky Dent and Aaron Boone.

But just as he’s done his entire career, when the biggest opportunity presented itself to Aaron Judge, number 99 came up just a bit short.

It would almost be sad … it if wasn’t so hilarious.