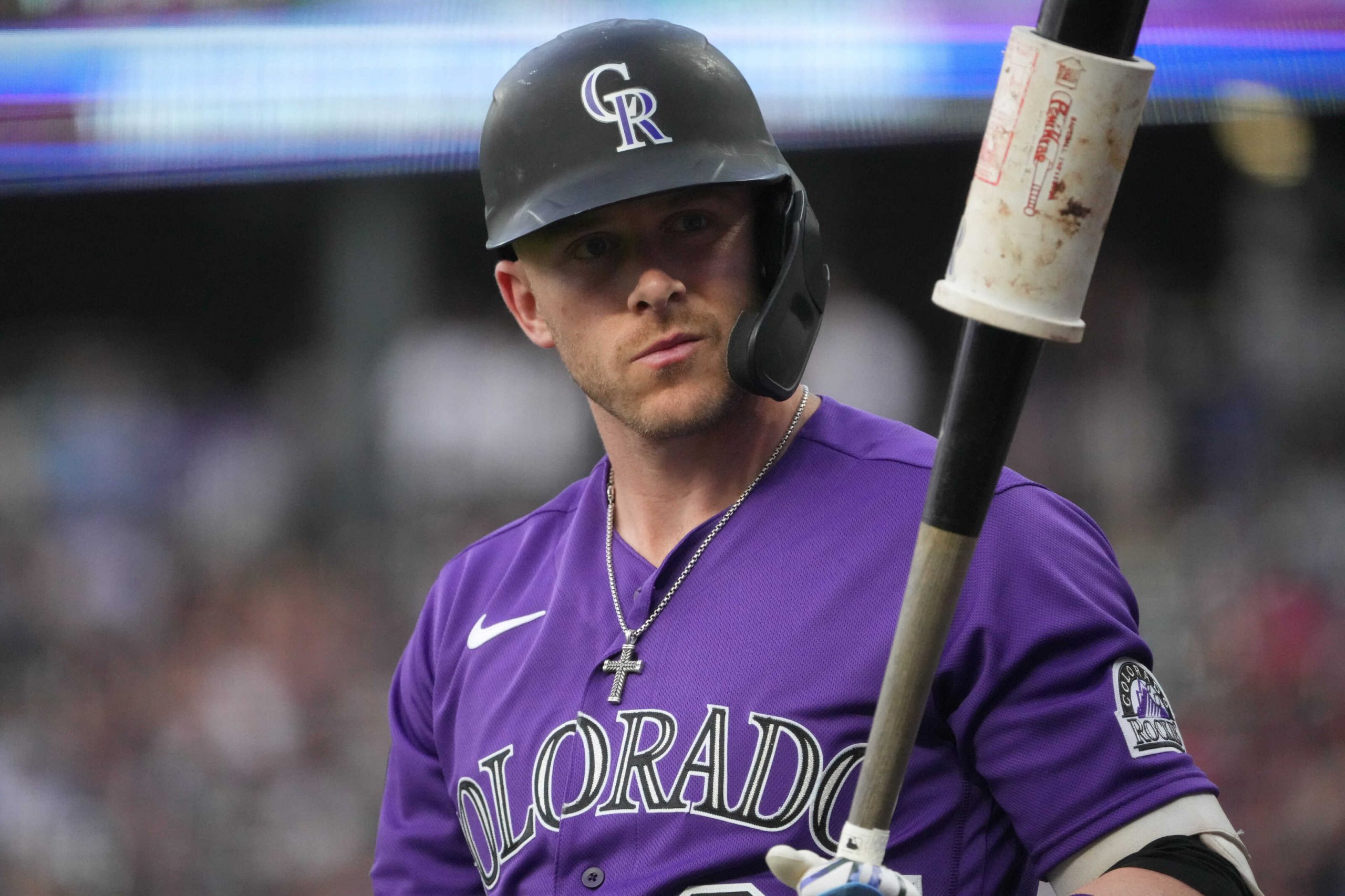 To the amazement, or possible chagrin, of so many Red Sox fans just aching to denigrate Boston Red Sox management for “cheaping out” on another season, Chaim Bloom has signed former Colorado Rockies shortstop Trevor Story to a six-year, $140 million contract.

After a sophomore slump in 2017 saw his OPS drop below .800 for the only time in his career, he has evolved over the last few seasons into a guy that can be expected for an OBP around .350, an OPS in the neighborhood of .850, about 25 home runs, and 30 or so doubles. He can run too, averaging 22 stolen bases per 162 games.

Of course, he comes to us from Colorado. We can’t ignore the fact that he has played all of his home games at Coors Field, a mile-high launching pad with a renowned reputation for inflating power numbers. Even though the Coors game balls are stored in a humidor meant to deaden the distance these days, the Denver stigma remains for offensive players and it’s safe to assume that Story’s power numbers will drop a bit as a member of the Red Sox. His hefty swing also leads him to rack up a Dalbec-ian rate of strikeouts, many of which are tallied from the outside breaking pitches that are his Achilles heel. 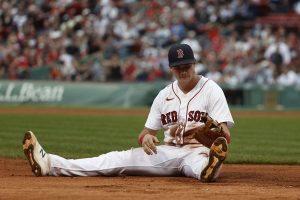 On the other hand, Story feasts on fastballs in the same vein as Kike Hernandez. His spray chart indicates that a staggering number of batted balls he hit to left field in 2021, many of which were outs in the more expansive National League parks in which they were hit, would have gone off or over the Green Monster. If Alex Cora slots him in the number two-hole between Hernandez and Rafael Devers, I think we’ll see those K numbers drop and his average rise. There’s not a pitcher in the league that wants to put a man on base in front of Devers, the soon-to-be-crowned 2022 AL MVP. Story should see a lot of strikes and a lot of fastballs that result in him adding a bunch of new dents to the Green Monster and a couple broken car windows on Lansdowne Street.

As I said last week, the Red Sox lineup was a batter short until Story signed on Sunday morning. Even if his power numbers dip outside of Denver, he gives Boston’s lineup some desperately needed length that they will sorely need playing in the American League East. 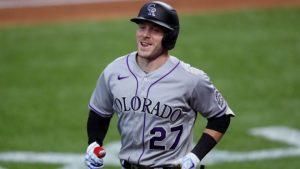 The Yankees and Blue Jays each added big bats, and the Rays undoubtedly continued whatever voodoo magic and pagan incantations they’ve exercised for the past ten years to conjure the inexplicable success that they’ve enjoyed. With Kyle Schwarber and Hunter Renfroe now gone, adding a bat with some pop was a must for the Red Sox. The addition of Story accomplishes that goal, and it does so at a bargain rate considering the shortstop market this offseason.

Corey Seager signed with the Texas Rangers for $325 million over ten years, an average annual value of $32.5 million per season. Carlos Correa got $105 million over three years from the Twins for an AAV of $35 million. Story, at six years for $140 million, will take home an AAV of $23.3 million. Considering the similar offensive production, Story’s contract is a downright steal for the Red Sox. 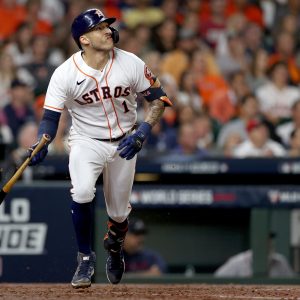 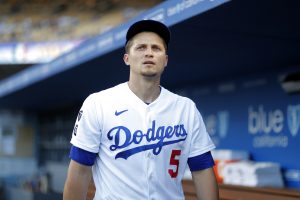 One reason for Story’s discounted price tag could be the fact that he’s coming to Boston to play second base, not shortstop. Xander Bogaerts is the Red Sox’ incumbent shortstop, the longest tenured member of the team, the de facto captain, and one of the best players in the league. He also has an opt out clause at the end of 2022 and Scott Boras as his agent. Boras clients don’t opt in, so we must all face the strong possibility that Bogaerts will be playing elsewhere in 2023. Adding a great athlete like Story, who can cover a lot of ground in the infield, could serve as a good contingency plan for the shortstop position in the event that Bogaerts does leave town.

But then there’s the other question mark surrounding Story, which is another likely contributor to the discounted contract. Story has visited the Injured List multiple times in his career due to right elbow strains and inflammation, clouding his future as a Major League shortstop. An MRI of that elbow came back clean last May, but that MRI took place hundreds of throws in the past. A move to second base should limit the wear and tear on Story’s arm and help reduce the possibility of repeated trips to the IL.

The word from the beat writers around the league during this year’s abbreviated free agency barrage was that Story was the last shortstop to sign a deal because he was holding out for a team that would sign him to play shortstop. With teams balking due to the injury history with his throwing arm, accepting Boston’s offer to play second base may have been Story’s way of making the best of a bad situation.

However, one thing I learned from this offseason was that the beat reporters don’t know a damn thing. Virtually all of the tidbits these guys reveal come from sources that use them to benefit their own personal agendas. The truth may be that Story just wanted to hold out until all the other middle infielders signed so he could accurately gauge his market before deciding. He may be perfectly content deferring to the incumbent two-time World Series champion and playing second base for a contender.

Did Trevor Story sign on to play second base for one year so he could take over at shortstop when Bogaerts leaves in 2023? Or has Chaim Bloom greased the wheels and convinced the former Rockie to buy in to the idea of playing alongside Bogaerts for the next few years until anointed 19-year-old prospect Marcelo Mayer takes the throne, forcing Story and Bogaerts into a duel over second base? 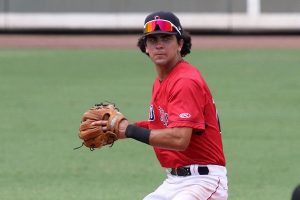 In my opinion, Story’s arm issues alone make him the sensible choice to play second base. Despite overwhelming algorithmic statistical evidence to the contrary, I believe Xander Bogaerts is a good defensive shortstop. Story is a defensive whiz who undoubtedly can cover more ground, but a dodgy arm susceptible to strain is a far greater liability for a shortstop than limited range. Bogaerts is also the more surehanded of the two, making only 9 errors last year compared to the 14 made by Story and only 5 in the fake 2020 season compared to Story’s 10, which led the league.

Regardless of Bloom’s vision for 2023 and beyond, the addition of Trevor Story rounds out the Red Sox offense and greatly improves the team’s defense, which was clearly their biggest issue a year ago. The doom-and-gloomers have to choke back their complaints about the new “cheap” Boston Red Sox, while homers like me get to enjoy a laugh at their expense. 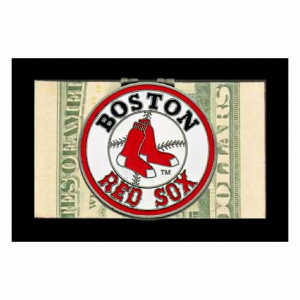 Most importantly though, we all have an improved team that may prove to be even better than the 2021 squad, which came one cold offensive streak short of a World Series berth.

I advise everyone to jump aboard now before the ride closes. You don’t want to listen to me say “I told ya so” two years in a row, do you? 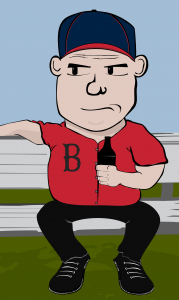 One thought on “Trevor Story Joins the Red Sox”